Make the most of your Wireless Refrigerant Scale SR47

Here are a few ways that the Fieldpiece Wireless Refrigerant Scale SR47 is designed to make life better for HVACR techs in the field.

Larger platform but still portable
As soon as you take it out of the carrying bag, you might notice its large 13-inch platform which is able to handle even larger tanks—we’re talking up to 252 pounds. The scale easily fits into its carrying case that slings over the shoulder meaning the highly portable SR47 is small enough to be carried anywhere while also handling even the biggest jobs.

Tough as it looks
The new integrated rubber bumpers don’t just make it look pretty. Along with being able to handle larger tanks, the SR47 platform features an IP54 rating so it withstands jostling, splashes, dirt, dust and just about anything a tech comes across in the field. Set it where it needs to be set. The SR47 has you covered.

The most accurate
The SR47 is more than just big and tough. It’s accurate. For a tech recharging a system, knowing exactly how much refrigerant is being added is critical to helping the system run at peak efficiency. This wireless scale offers industry-leading accuracy of: ±0.03% rdg + 0.25 oz. That means you’ll know exactly how much refrigerant charge you’re adding. Nothing on the market comes close to matching this.

Wireless convenience
The SR47 isn’t a scale that needs to be babysat during a charge. It comes with a handy, back-lit IP64 rated remote that’s easy to read and stores inside the scale when not in use. The SR47 also works seamlessly with the Job Link® System App and the Fieldpiece SMAN Digital Manifolds, SM380V and SM480V. With an industry-leading 1000’ wireless range, a tech can keep an eye on the charge from anywhere on the jobsite while easily documenting and saving customer data.

Week-long battery life
Most wireless tools have limitations in terms of battery-life, but the SR47 bucks that trend. The battery in the platform lasts for more than 200 hours.

The Wireless Refrigerant Scale SR47 was designed to be easy for techs to use, tough enough for any jobsite, and smart enough to communicate with the Job Link® System App. That’s because it’s a Fieldpiece.

Learn more about the Wireless Refrigerant Scale SR47 and all Fieldpiece products. 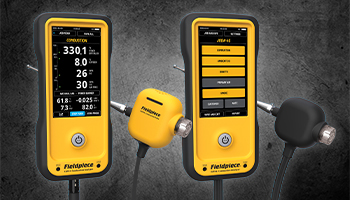 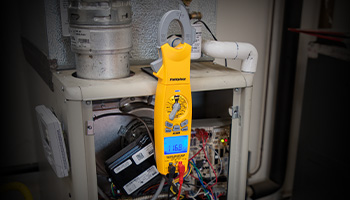 Using a clamp meter to troubleshoot a heating appliance 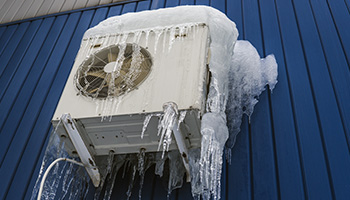 How to stay healthy and safe during heating season